It’s a word you probably use at least once (if not a dozen) times a day, yet you may not have stopped to wonder where the radio got its name. In fact, when radio was born it was fitted with the clumsy moniker ‘wireless telegraphy.’ We’re lucky things have changed, or else our DJs would have a mouthful, ‘You’re on WOR – News Talk Wireless Telegraphy…’ (Not to mention they’d be spinning wax cylinders). And yet how, we wondered, did this fortunate change come about? 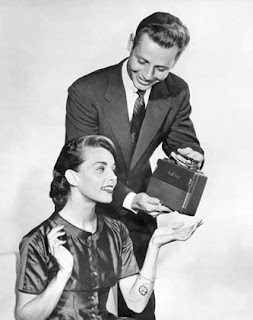 Radio is actually a prefix, which was first attached to the word radioconductor (AKA coherer), a device that is altered by and therefore can detect electromagnetic waves. The prefix is based on the Latin word ‘radius’ which means ‘beam of light or ray’, and the resulting English verb ‘radiate’ which not only means ‘to emit’ but refers to the spread of alpha, beta and gamma waves from decaying atoms. This process of ‘radiation’ creates electromagnetic waves, a certain frequency range of which are called ‘radio waves.’ These were first noticed by James Clerk Maxwell and later generated in the lab by Heinrich Hertz. It was the European scholars studying Hertz’s work who began to use the ‘radio’ prefix. In 1890, Edouard Branly called his coherer receiver a ‘radio-conducting tube.’ Just over a decade later, a 1903 issue of The Electrician, a London magazine, was filled with radio-related words, including ‘radio-telegrams,’ ‘radiograms,’ and ‘radiographic stations.’ As the terms gained wider popularity, the various endings were dropped, leaving behind the term ‘radio.’ The first reference to ‘a radio’ as a noun (as in that big wooden box in the corner or the small plastic box in your car’s center console bluetoothing to the stereo)…well, that was the work of an advertising man named Waldo Warren.

An early appearance of the truncated word ‘radio’ is found in an interesting editorial by LeeDeForest, from a 1907 edition of Electrical World. He warned that unless government strictly oversaw regulation of the airwaves, “Radio chaos will certainly be the result.” Despite DeForest’s dismal outlook, the practice of radio has expanded greatly in the past one hundred years – and so have the terms. Radio’s given name ‘wireless’ now refers to that magical internet stream that you try to mooch off your neighbors so you can watch YouTube for free, and ‘the radio’ is the device or chip that your computer uses to do so!