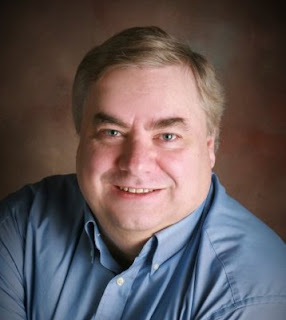 It was 1983 when Joe Knapp’s first music log ran on WZZU/Milwaukee. Now, 25 years later, more than 2,500 broadcasters in radio, TV and the Internet use the MusicMaster founder/president’s music scheduling software. “From the Ohio Scientific and Radio Shack TRS-80 computers we started with to the software we have today, it’s been quite a journey,” Knapp says.

Joe was born in Cleveland, Ohio in 1953. Throughout his childhood, Joe was fascinated with radio and music. His father, John Knapp, a radar operator for the Navy during World War II, showed him how to turn an old radio into a transmitter. Though the Knapp family struggled to make ends meet, John managed to buy his young son some used electronics textbooks, and then looked the other way when Joe, at 11 years old, built and ran an illegal radio station in his bedroom.

The FCC engineers, however, were not as forgiving and shut him down. Taking their suggestion, however, Joe brushed up on broadcasting law and passed the First Class license exam at 18 and quit his hamburger-flipping job to find work in radio. A year later, after working on mobile telephones for Ohio Bell, he landed his first radio job helping build WSUM-AM in suburban Parma, Ohio. When Joe started, it was just a muddy field. When the station signed on, he was behind the microphone doing evenings.

Joe’s radio career next took him to WBKC-AM in Chardon, Ohio where he became chief engineer and afternoon drive jock. Soon he had landed his dream job, at Malrite’s WMMS-FM/Cleveland, a station he’d been a fan of since they’d moved to album rock. He helped moved the Buzzard studios downtown, but left after the company transferred him to WZUU-AM-FM/Milwaukee. Joe’s next project was doing afternoons at crosstown WQFM, which included programming, production and promotions. After getting fired, he tried in vain to find another programming gig but ran out of money. After reconsidering the stability of engineering, Joe became chief engineer for Booth’s WZZP-FM/Cleveland. He tried going back to WMMS, but they sent me to Milwaukee to rebuild the WZUU studios, which is where he began work on his music scheduling program. Joe had been manually prescheduling WZUU’s music, a task that he thought was unnecessarily time-consuming. Knowing that computers would soon become essential radio components, Joe had been teaching himself computer programming. Now, he realized that music scheduling primarily involved decision-making, and that was what computers did best. 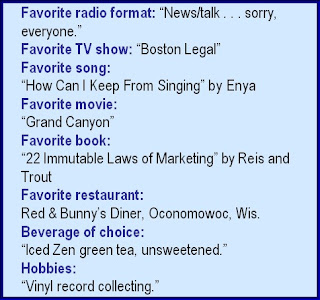 Another change in Joe’s life came when Malrite sent him to New York to help build WHTZ (Z100). Eventually, Carl Hirsh put him in charge of the project. At 3:30 a.m., Joe’s voice was the first heard on that station doing a station ID, followed by “New York, New York” by Frank Sinatra. He was asked to stay on, but Joe and his wife decided that Milwaukee was a better place to raise kids.

Back in Milwaukee, Joe continued improving his software, which started on an Ohio Scientific Challenger 8P computer and was originally called Revolve. He sold a copy to WCXI-FM/Detroit, then began rewriting it for the Radio Shack TRS-80, then for the IBM PC. In 1985, he licensed it to Tapscan to sell with their software as MusicScan. In 1994, following a bitter legal dispute, that deal ended and Joe formed his own company, changing the program’s name to MusicMaster and later rewriting it for Microsoft Windows.